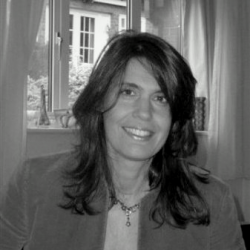 Nora Milotay is a policy analyst at the European Parliamentary Research Service (EPRS), working on issues of European social policy at the Economic Policies Unit. She joined EPRS in November 2015 after having worked on several aspects of education policy, particularly in relation to schools in Hungary and then for many years at the European Commission, including DG Education and Culture.

From 2010 onwards she built up European policy cooperation within the field of early childhood education and care that has gained an increasingly important role within the Europe 2020 Strategy. From 2012 – 2014 she led and managed the thematic working group of member states policy-makers, researchers, and practitioners on early childhood education and care within the Open Method of Coordination. at the European Commission that has prepared a proposal for a Quality Framework in ECEC in 2014, which has since been used by several Member States for shaping national policies in the field. Her main areas of interest are issues of inequality, governance and social innovation.

With a background in both research and practice, Ms. Milotay’s focus is on the intersection of research, policy, and practice. A historian by training, she holds a BA Hons. from Eötvös Loránd University, Budapest,  an MA from the Central European University,  Budapest and an MPhil and  a PhD  from the University of Cambridge.

Jan Peeters is the Director of VBJK, Centre for Innovation in the Early Years at Ghent University, Belgium. He has worked as a pedagogical coach in early years services for more than 20 years and led many innovation and research projects in Belgium and Europe on professionalism in early childhood education and care (ECEC). Jan has been involved in international policy-oriented research on professionalism in the early years: European research on ‘Competence Requirements in ECEC’, (2009-2011),  ‘Study on the effective use of early childhood education and care in preventing early school leaving’ (2013-2014),  both commissioned by the European Commission, DG Education and Culture.

He was the promoter of the Eurofound research ‘Working conditions, training of ECEC workers and quality of services- a systematic review’, which linked continuous professional development and quality of Early Childhood Education and Care with outcomes for children (2013-2015). He is an expert in policy advocacy and was a consultant for three UNICEF projects to increase the quality of ECEC in Balkan countries (2012-2016). He is also involved in the UNESCO Survey of Teachers in Pre-Primary Education (STEPP). He is the co-editor of Pathways towards Professionalism in ECEC (2016) and the author of many articles on professionalism, diversity and policy in ECEC. Jan was an ISSA Board member from 2010 until 2016.

Dr. Peeters highlights some of the points he will touch on in his keynote address here.

Towards a competent early childhood governance and policies